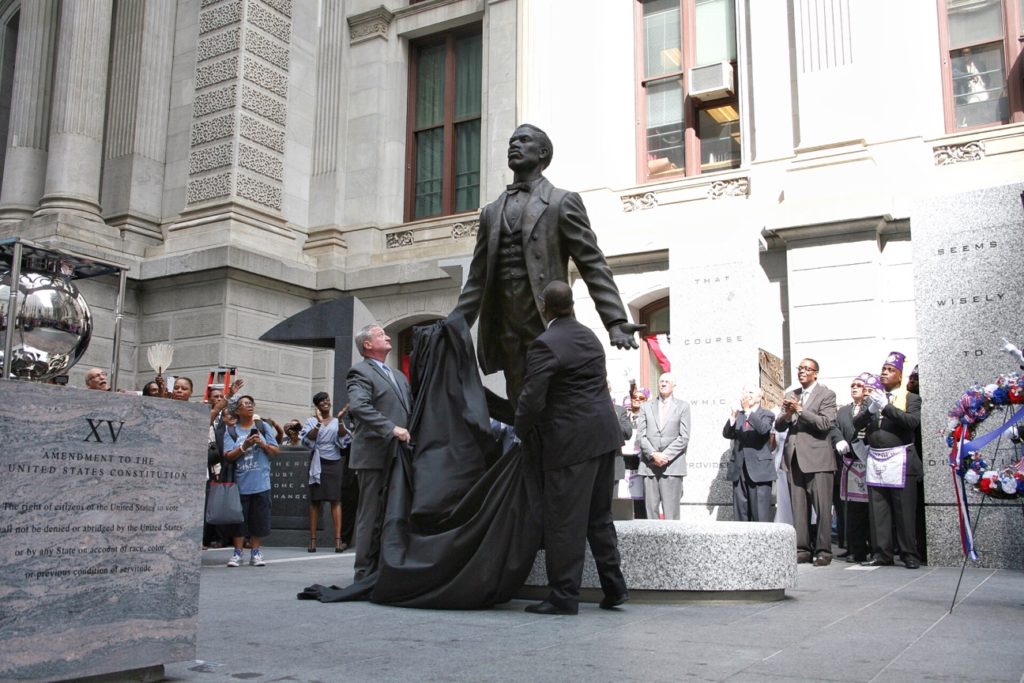 “All that he (the colored man) asks is that there shall be no unmanly quibbles about entrusting to him any position of honor or profit for which his attainment may fit him. And that which is committed to him as a man, he will perform as no other man could perform.” — Octavius Catto, 1864.

Independence Hall Association is a 501(c)3 and publishers of one of the most popular online history resources for school students, the general public and scholars. Its mission is to enlighten and stimulate discussion on significant people, ideas, places and events in America’s story. (www.ushistory.org)

Octavius V. Catto was a 19th Century civil rights pioneer, who worked to achieve citizenship rights and opportunity for African Americans. His efforts in the Pennsylvania Equal Rights League, a state affiliate of the National Equal Rights League, helped to ratify the 13th, 14th, and 15th Amendments to the U.S. Constitution. Catto also enabled desegregation of public transportation in Philadelphia, expanded education opportunities for blacks, advanced military service and voting rights for black men, and sought to integrate early Base Ball opportunities for black teams. He was assassinated on the streets of Philadelphia on October 10, 1871, along with three other black men, exercising their newly earned right to vote as American citizens.

The web feature brings together brings together a special education publication, Octavius V. Catto: Remembering the Forgotten Hero by Amy Cohen, and an array of cultural and education resources provided by the:

Its purpose is to build awareness of the Octavius Catto story and the efforts of him and his associates in expanding citizenship and opportunity in America during the Civil War and Reconstruction eras. In addition to telling Catto’s story for the public, it provides an array of educational resources that can be tailored to varied classroom settings, including supporting English Language Learners and Language Arts. The content seeks to underscore the significance of this early civil rights effort in the 19th Century and its importance to understanding later efforts, as well as issues today.