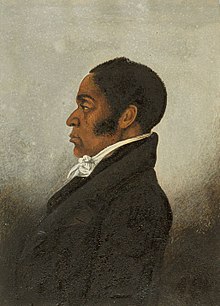 During the American Revolutionary War, many free blacks and some enslaved Africans served and supported the American side in the War. Among the most well-known was James Forten, who was born free, became a wealthy sailmaker in Philadelphia and became a prominent leading force in the black community’s fight for equality. He, along with other prominent Philadelphia blacks, provided financial support to William Lloyd Garrison to publish The Liberator. Forten lived until 1842, but his legacy continued to loom large in Philadelphia’s black community when Catto arrived with his family.