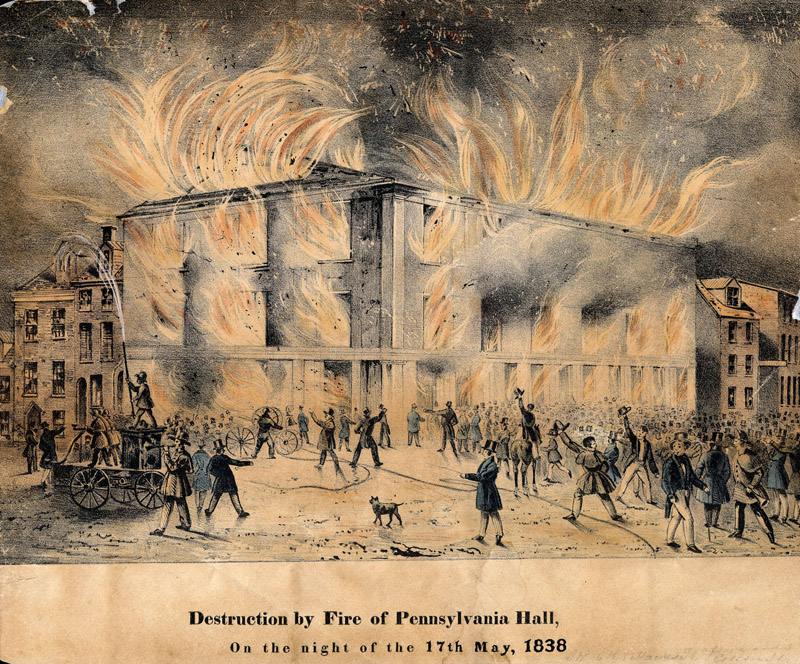 The burning of Pennsylvania Hall occurred on the third day of the Anti-Slavery Convention of American Women. The Hall, built by the Pennsylvania Anti-Slavery Society, was emblazoned with the motto “Virtue, Liberty and Independence.”  Among the Society founders were James and Lucretia Mott and Robert Purvis. William Still, working as a clerk for the Society in the 1850’s, managed Underground Railroad operations out of the organization’s office. The Anti-Slavery Convention was an interracial gathering, which further enraged agitators who opposed anti-slavery and female activism.