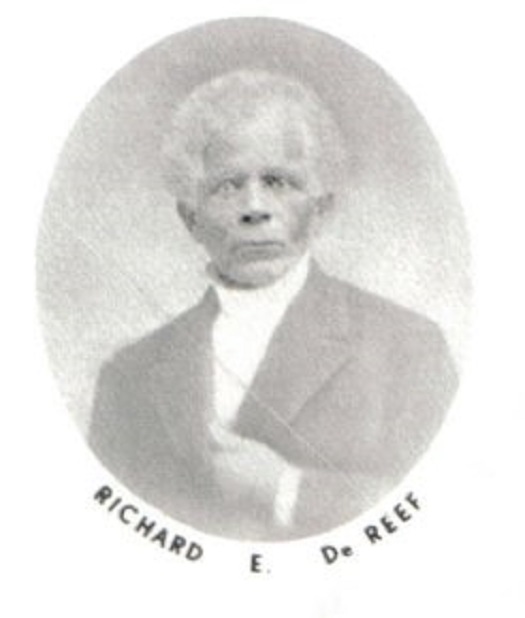 Richard Edward DeReef, a free black, is born in Charleston, South Carolina. With his brother, Joseph, he became among the richest black men in Charleston and are both patriarchs of O. V. Catto’s DeReef family line. Because of their “dark” complexions, the brothers were not accepted in the elite levels of Charleston’s mulatto society. The pair helped to form the Brown Fellowship Society. Richard DeReef owned up to 20 enslaved people, which made him one of the largest slaveholders of color in the U.S. He and his cousin, John Cain, went to court in 1823 and persuaded a
magistrate to exempt them from the state free Negro tax, because they were
Native American descendants.