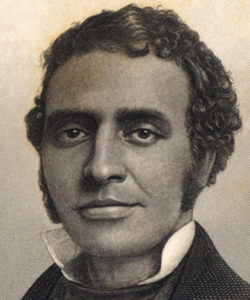 A mathematician, linguist and educator, Reason became the first African American university professor at a predominately white college in America. In 1852, he left the post at New York Central College to become principal at the Institute for Colored Youth. Two years later, the young O.V. Catto came under his tutelage as a student. Reason instituted significant improvements at ICY and Catto was a beneficiary of these. Reason increased student enrollment, expanded the library holdings and exposed the students to outstanding African American intellectuals and leaders of that time. Reason was also known for his activities in the cause for black equal rights and worked with Henry Garnett in the Negro Convention Movement. A child prodigy with extraordinary gifts, he was also a prolific writer, who wrote political journalism as well as poetry.