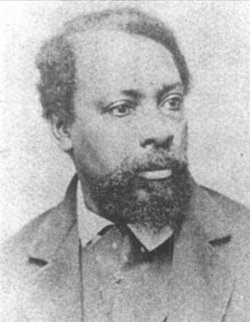 Bowser was an African American artist and political activist, who frequently used his art to express his political views. Tens of thousands of soldiers and civilians saw his Civil War artwork in the regimental flags carried by the United States Colored Troops (USCT). Bowser’s portrait of John Brown is one of his most famous portraitures. His works were among the first African American art to be widely viewed. A member of the distinguished family of Cyris Bustill, Bowser was engaged in many important civic activities, including the formation of Lebanon Cemetery and the recruitment of USCT soldiers. Today, he is relatively unknown, but his residence at 481N. 4th Street in Philadelphia has been marked with a Pennsylvania historical marker. It is here where he hosted John Brown.