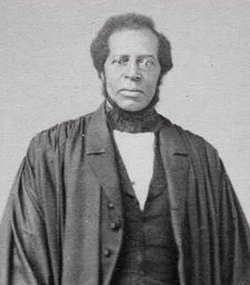 Asher grew up as a third-generation free black, one of few blacks in North Branford, Connecticut to receive a formal education as a child. For nine years Asher pastored the Providence congregation. In time, he became well-known in black Baptist circles in the North, receiving invitations to pastor a number of black congregations. He finally accepted one of the calls, that of the Shiloh Baptist Church of Philadelphia. Asher became a prominent Baptist minister in the city of Philadelphia. On December 2,1859, 400 people gathered at his church to pray for John Brown at the time of Brown’s scheduled execution. During the Civil War, Asher joined the 6th Colored Infantry as chaplain, but did survive. Contracting typhoid fever in 1865 at the close of the war while ministering sick soldiers at the regimental hospital in Wilmington, North Carolina, Asher died. A historical marker, honoring Asher, is in Yorktown, Virginia.