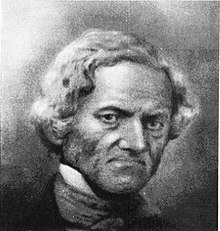 A Philadelphia community leader, abolitionists, and an education and civil rights activist, Burr was among the African American gentlemen who signed the broadside to recruit United States Colored Troops in Philadelphia, along with Robert Purvis, William T. Catto and William’s son, Octavius. Burr was an organizer in the Underground Railroad, working in support of the Pennsylvania Anti-Slavery Society. He was among the people, who raised funds for the defense of the Christiana Resistance men, who were tried for treason for not obeying the Fugitive Slave Law of 1850. He is believed to be the son of Aaron Burr, born as product of Aaron Burr’s relationship with Mary Emmons, a household servant.