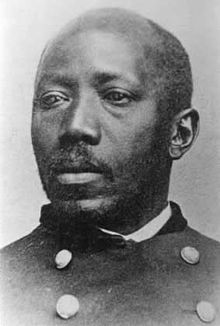 Delany was as an abolitionist, journalist, writer and medical doctor. He was also among the earliest black nationalists and was one of the most vocal of voices during the Civil War era. He was a leading in recruiting African American men to join the USCT. He was given the rank of major for a field unit in the U.S. Army by Abraham Lincoln. Delany became the first black man to achieve such rank. A historical marker for Delany is at 5PPG Place, 3rd Avenue and Market, Pittsburgh.