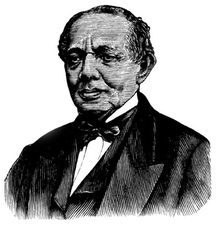 Whipper believed in nonviolence and rational persuasion as a way to achieve social reform. He was a prominent member of Philadelphia’s African American community. In 1835, he became one of founding fathers of the Antislavery American Moral Reform Society. Whipper’s ideology regarding antislavery was very different than most people. He believed that prejudice against blacks came from the condition in which black people were in, not due to the color of their skin. A very successful businessman with his partner Stephen Smith, Whipper focused his efforts in helping black people to improve their status in society through education and economics. When the Freedman’s Bank established an operation in Philadelphia, Whipper managed the office. This bank was located at 919 Lombard Street in the heart of the 7th Ward has a historical marker. Octavius Catto was the 6th depositor at the Bank.