When I was a young, I used to get teased because I didn’t have parents. I was raised as a foster child in several different foster homes, in different Philadelphia neighborhoods. The teasing used to bother me and the term “illegitimate” would infuriate me to the point that I would fight anyone in sight, adults included, whenever someone called me that. Needless to say, I quickly gained a reputation as incorrigible and it became difficult to adopt me, as my childhood history became known to prospective step-parents.

I had pretty much resigned myself to being a foster child but I would still fight whenever I felt I was being ridiculed about anything that set me apart from the kids who were with their biological parents. Depending upon where I was living, I sometimes couldn’t get a haircut or wear presentable clothing. That didn’t bother me, but being excluded from family-oriented activities, that required parental accompaniment, would enrage me as being unfair.

When I became old enough, I managed to get a newspaper delivery route for the old Evening and Sunday Bulletin. I would hear the adults in the neighborhood talk about things that were meant for their ears only. Oftentimes, their conversations would be about not having anyone to speak for them, when something was wrong in the neighborhood. I was living with a foster family in Our Lady of the Holy Souls Parish in Tioga. My foster parents were also members of the old Tioga-Nicetown Civic League.

During the late fifties a white businessman wanted to buy a corner property at the corner of 19th St. & Pacific Street. He wanted to turn the property into a bar. Once the word got out, the adults in the neighborhood became angry and planned to stop the bar. Some of the men were veterans of World War ll and they decided that no matter what, there would be no bar at that location. The neighborhood organized an around-the-clock picket line through the spring and summer and into the fall 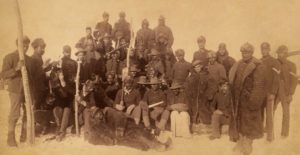 Buffalo Soldiers were organized in 1866 as the first peace time, all black regiments in the U.S. Army. Many of the men had fought as USCTs during the Civil War. They were given their nickname by Cheyenne warriors out of respect. General George Armstrong Custer, a Union officer during the Civil War, was not unlike many white officers. He refused to command African-Americans units. However, Buffalo Soldiers did end up saving General Custer and his men when they were trapped in a battle. Unfortunately for Custer, they were not there for the Little Big Horn.
Picture: Buffalo Soldiers, 125th Infantry in Montana, 1890, Library of Congress

Neighborhood meetings were held where the neighbors discussed their strategy about how to stop the bar. During those meetings someone was assigned to watch over the children. A young teacher by the name of Miss Eunice Manning usually was the person watching us kids. She would always tell us stories about men who were heroes. She told us about people who were right there in the neighborhood who had fought in the war and about the Buffalo Soldiers. One of my favorite stories was about a hero who had been a teacher like she was. He fought for our people to vote and he was killed for doing that. She told us all that voting was important and that we should be strong, like him. His name was Catto.

The stories about Catto became so popular with us kids, that we decided that we needed to help the adults with the picket line. Miss Eunice told us that we were too young to walk the picket line; that was for adults. We could however carry messages, deliver lunch, put out leaflets and do other things that would help with the protest. It was what Catto would do, if he was with us. She called us the Catto Brigade. Since I already had a paper route and knew the neighborhood, I could be the leader. It was the first time I was ever a leader, like my hero, Catto.

We organized into shifts from 4 o’clock until 8 o’clock after school and most of the day on Saturday, after my route. The adults used to play songs on a PA system that could be heard all over the neighborhood. One song “He got the whole world in his hands” became our marching song. The kids would meet at 18th and Pacific Street and march to the picket line singing that song. The adults would clap for us, as we marched to the line to deliver lunches or deliver messages. Sometimes we would have to go notify neighbors that their shift was starting or notify a substitute that they were needed on the line. 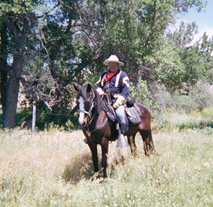 We always wanted to hear more stories about Mr. Catto but most people, except for Ms. Eunice, didn’t know that much about him. Ms. Eunice got married and moved out of the neighborhood. The adults remembered there was a Catto school and that he had helped people to vote. They also knew about the Elks Lodge Meeting Hall and that the Catto Band played in the Mummers Parade but that was it. After a while, we heard that the businessman would sell the property, if the neighborhood could buy it, there would not be a bar. We all felt triumphant. The neighbors purchased the property and it became a community center. I got moved to another foster home in yet another neighborhood and the Catto Brigade ceased to exist…until years later.

As I got older and more involved in neighborhood advocacy, I learned more about Octavius Valentine Catto. I also learned that two of my ancestors had fought with the 33rd and the 35th United States Colored Troops. I learned that O.V. Catto, my boyhood hero, had recruited black men as soldiers to fight against slavery. He also encouraged black men to register and vote. I understood the importance of voting because of Ms. Eunice and civics classes in school. I decided to get involved in voter registration. So, I recruited people to help. We formed the O.V. Catto Brigade over again. We became heavily involved as foot soldiers in the movement for Black Empowerment. Soon we were involved in what became a Who’s Who of independent political activity.

We registered voters especially when the traveling registrars came into black neighborhoods and took people to the polls; we supported candidates. Through it all, we wore green military field jackets with the likeness of Octavius Valentine Catto stenciled on them. Years later, a then Philadelphia city councilman, contacted me and told me of his idea to have O. V. Catto honored as Philadelphia hero and martyr. By then, I had become pretty well known as an activist and political organizer. I had evolved from a neighborhood block captain to become the highest ranking non-elected official in Philadelphia. Through it all, O.V. Catto was my inspiration. He made me invincible as a Philadelphian. 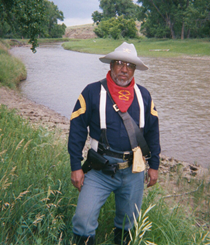 Through the years, whenever an obstacle presented itself, as I tried to accomplish something politically, I would think about what Catto had done as a young man. It was enough to keep me inspired to believe in the “can do spirit” of Philadelphia’s black community and how we persevered because of the leadership and inspiration of people like Octavius Valentine Catto. That city councilman later became the mayor of Philadelphia. He kept his word to honor O. V. Catto as a hero and a martyr. He reinforced my commitment to my city and finally allowed us all to point to one of our own and say. Well done!.

Joseph C. Certaine is a lifelong resident of Philadelphia and Buffalo Soldier reenactor. He was born in 1946.