By Anthony Waskie, Ph.D, Grand Army of the Republic and the O.V. Catto Society 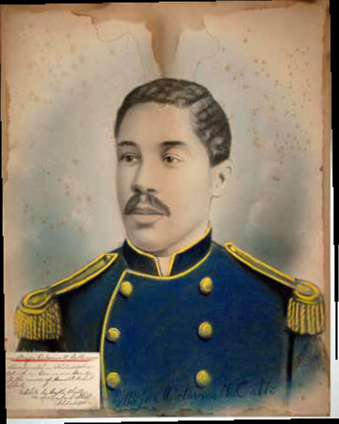 Sometime around 1863, Octavius V. Catto joined the Pennsylvania National Guard’s 5th Brigade at the invitation of the brigade commander, General Louis Wagner. Army records show that Catto was not on the front-line of action, nor served in the USCTs like his two brothers.[1] He served as brigade inspector in the Guard. The National Guard had racially segregated regiments. This military service was a personal endcap to Catto’s work to have African American men serve their country in the armed forces during the Civil War and beyond. It also is an important marker for him as an ardent Republican. Earlier he had led a group of his students to Harrisburg to answer the call to service by the Governor to protect the state from advancing Confederate. Catto and his students were rebuffed.

In the Pennsylvania Guard, Octavius Catto was promoted to Brigade Inspector General with the rank of Major, making him the highest ranking African-American in the military services at that time. Wagner and Catto built a strong personal friendship. This friendship most likely dates from 1863 when Louis Wagner volunteered and took command of Camp William Penn, the first and largest federal training facility for African American soldiers. Octavius Catto was among the leaders, and among the most vocal, who led the “Call to Arms” recruitment of eleven “colored” regiments of United States Colored Troops (USCT). He worked in alliance with the Union League and the Supervisory Committee for Recruiting Colored Troops to organize and train them at Camp William Penn. Louis Wagner was also a member of the Union League of Philadelphia, which honored Catto along with Frederick Douglas, Ebenezer Bassett and William Forten for their efforts in getting Pennsylvania to ratify the 15th Amendment. Wagner was also a staunch supporter of equal rights and a member of the Republican Party. Wagner wrote of Catto that he was a “conscientious and faithful officer . . . [who] labored effectively in the organization of this command . . . [an] honored and respected soldier of the Commonwealth.”[2]

During the election campaign of 1871, political opponents of African American franchise sought to suppress the black vote. After being rebuffed by Mayor Henry Fox about providing protections for voters and knowing that federal troops would not be called upon as they were in the election of 1870, Catto was activated for service by Commander Wagner to help quell the riots and prevent harm to black voters. On his way to put on his uniform, Catto was shot and killed by Frank Kelly near his residence on Lombard Street. Kelly was a member of an armed group of whites, determined to suppress the black vote and help maintain the Democratic Party’s hold on political patronage in Philadelphia.

“Major Catto was a man respected by all who knew him. He served on my staff. He fell upon his own doorstep, where he had gone to obtain his uniform to assist in putting down a riot. Major Catto fell not because he had personal difficulties with the parties who murdered him, but because he was a black man. On Tuesday last, even before he knew of our victory, our joy and gladness was turned to mourning. We call upon all of you, man, women and children, black and white, who think a great wrong has been perpetrated, to attend the funeral of Major Catto on Monday, October 16, 1871.”

Wagner and Catto’s National Guard Brigade were instrumental in the planning of the public funeral held to honor him. Catto’s body lay in state at the City Armory, Broad and Race Streets on October 16, 1871. As a token of respect, the officers wore the usual patch of morning, the colors and drums of the command were draped for a period of 60 days. The funeral was the largest public funeral in Philadelphia since that of Abraham Lincoln in 1865. The procession was formed in Broad Street and marched past buildings draped in black mourning ribbon and bunting. The Union League House displayed a huge American flag bordered in black. The parade consisted of regiments of the 5th Brigade, as well as black troops from New Jersey, patriotic organizations, the ‘Pythian Base Ball Club’, Literary Societies, and Institute for Colored Youth pupils and teachers, many marching while others rode in carriages. After Catto’s death, the Pennsylvania National Guard through General Wagner’s “General Order No.1” issued the “Catto Medal” in memory of the martyred hero. The award went to Guard members who were judged most dedicated, brave and efficient in their duties.

In 1995, the Catto Society was founded to honor and commemorate Catto as one of the great citizen-heroes of Philadelphia. Each year on the last Saturday in February, close to Catto’s birthday and during African-American History Month, a ceremony is held near Mother Bethel A.M.E. Church (6th & Lombard) to honor Catto. 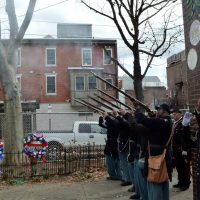 In 2012 Pennsylvania National Guard reissued the “Catto Medal” and award it in his memory. This marked the first time since Catto’s death in 1871 that the “Catto Medal” was awarded. The “new” Catto Medal recognizes two exemplary members (Army & Air) of the Pennsylvania National Guard through his/her public service and community support. The first two award ceremonies were hosted by the Union League of Philadelphia and the Armed Services Council. It is successor to the League’s Military Committee, one of the earliest committees formed by the Union League after its founding in 1862. The original Military Committee was formed to support the Union Army and the war effort, recruit troops for service in the Civil War, and provide the soldiers and their families with needed resources. 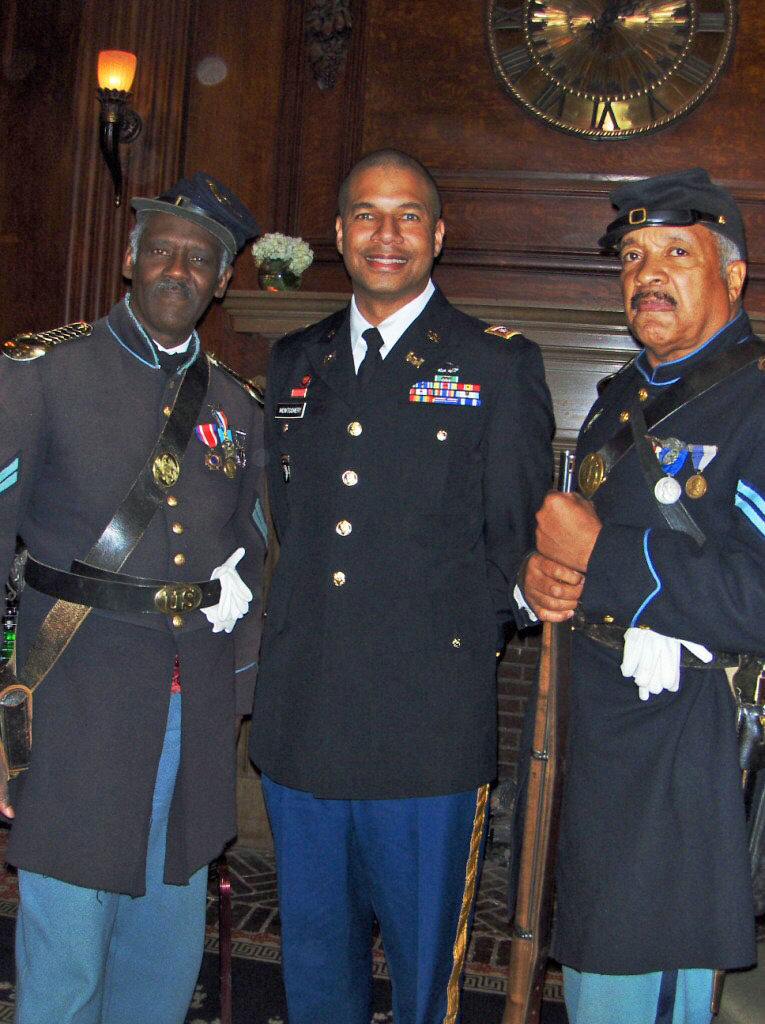