Newspaper Voices in the Black Community 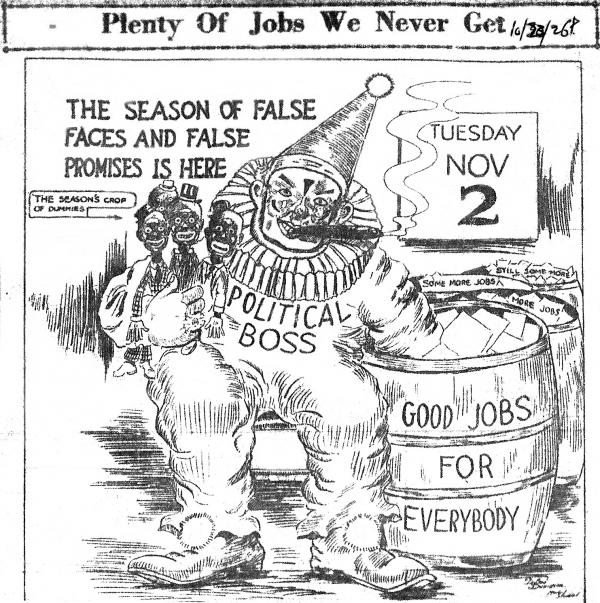 African American newspapers have been important voices for issues impacting the black community. In Philadelphia, the Philadelphia Tribune has been an important vehicle.  Among the oldest political cartoons printed in this paper is this one, which was published in 1910.  It speaks to how Republican “Boss Rule” had not resulted in benefits for the African American community, which loyally voted Republican since the days of Octavius V. Catto.  Catto and his associates had hopes that the Republican party would expand opportunities for blacks.

Notable black newspapers of the 19th century were Freedom’s Journal (1827–29) (which is considered the first), Colored American (1837–41) by Philip Alexander Bell, the North Star (1847–60) by Frederick Douglass and the Christian Recorder (1861–1902). Although formally of the paper of the African Methodist Episcopal Church, the  Recorder was arguably the most widely read newspaper in black America in the Reconstruction and post-Reconstruction time.  During this time its editor was Bishop Benjamin Tucker Tanner, one of O.V. Catto’s dearest friends.  Published in Philadelphia, the Recorder carried important news related to Catto and the issues of his day. Some of these are:

Copies of these articles are available in the Christian Recorder archives: https://www.accessible-archives.com/collections/african-american-newspapers/the-christian-recorder/