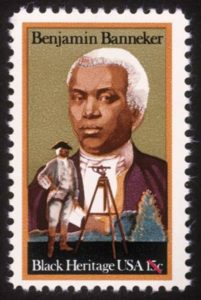 A full-time teacher by the age of 19, Octavius Catto seems to have been a young man in a hurry — eager to prove himself as a leader of his community. So eager was Octavius that he tried to join the Banneker Society (an intellectual and political men’s club founded by William Catto and others), before he had even finished high school. Though this initial application was rejected, once Octavius had returned to Philadelphia and become a teacher, he was accepted as a Banneker in 1859 and quickly became a club officer, a lecturer, and a developer of new initiatives.

In 1861, the graduates of the Institute for Colored Youth formed an alumni association. O.V. Catto, surprising no one, was elected its first president. Catto’s leadership was particularly evident when Pennsylvania was threatened by a Confederate invasion. But let’s back up a minute. As you probably know, the Civil War began when Confederate forces bombarded the Union Army at Fort Sumter (located in Charleston Harbor) in April of 1861. At that time, black people were not permitted to serve in the Union Army, though they were permitted to join the Navy.

Philadelphians, both white and black, were of mixed opinions about the Civil War. While some white people were ready to support the Union cause of maintaining a unified country, others were reluctant to do so-some because they were financially dependent on the Southern slavery-based economy, others because they were willing to let the Confederate states go their own way rather than risk lives in battle. For black Philadelphians, war-related issues were even murkier. Some black men formed militias and started drilling and training for combat, even though their service was unlikely to be accepted. Other blacks, including leaders of the AME Church, believed that the war would only be worth fighting in if its aims changed from maintaining the Union to abolishing slavery. 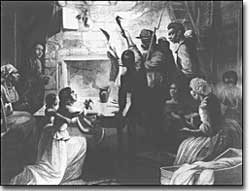 President Abraham Lincoln’s issuing of the Emancipation Proclamation on January 1, 1863, however, changed both the thinking and the status of many black people. Not only did Lincoln explicitly declare that the war henceforward would be focused on ending slavery, he also invited black men to join the Union Army. One catch, though, for Catto and the other black men in Philadelphia: Pennsylvania military officials still refused to accept black regiments.

Thus when Frederick Douglass came to Mother Bethel Church in March of 1863 to recruit black soldiers, the Pennsylvania men who signed up became part of the Massachusetts 54th Colored Regiment, the first black Union regiment. (If you haven’t already done so, watch the movie Glory with Denzel Washington; it is about the 54th.) Douglass, two of whose sons enlisted, thought that military service would help the black community to obtain rights. While at Mother Bethel he stated:

Get an eagle on your button and a musket on your shoulder by the speediest means, at any cost, and when you have Uncle Sam’s uniform on your back, all the devils in Jeff Davis’ dominions cannot keep you out of citizenship. 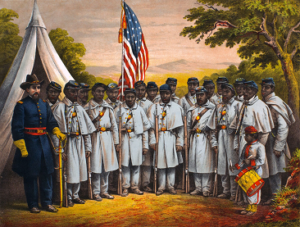 The situation changed again in May: Confederates were amassing near the Maryland-Pennsylvania border and Philadelphia residents feared an impending invasion. Pennsylvania Governor Andrew Curtin put out a plea for all able-bodied men to come to the defense of the state.

At this point, Octavius Catto, his father, and fifty-two other Philadelphia “gentlemen of color,” publicly encouraged blacks to enlist to defend their home. They hung up Broadsides, huge posters four feet wide by eight feet high, bearing the names of the Cattos, their elite associates, and Frederick Douglass.

Octavius, then 24-years- old, worked with his best friend Jacob White to gather a contingent of ninety young men, many of whom were ICY students. On June 17 th , 1863 the men gathered at Independence Hall, walked together to the City Armory on Broad Street, and from there boarded a train to Harrisburg to offer their services to protect their state during what was called “the emergency.” 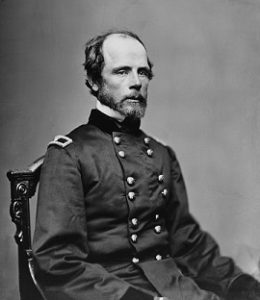 Although Philadelphia Mayor Alexander Henry had encouraged the temporary assistance of these black troops, Major General Darius Couch insisted that Catto and the other black volunteers agree to serve for three full years. Catto, and his company of recruits were thus soon back in Philadelphia.

Although Secretary of War Stanton later sent Major Couch a telegram insisting that he accept volunteers “regardless of race,” Catto did not make another attempt to become a soldier. Instead, he returned to his teaching position, to his numerous leadership roles, and to continue to work on the recruitment of black troops.

Catto’s oratorical skills continued to develop. He delivered a fiery 1864 graduation speech for the ICY; though the white school managers had asked him to talk about the history of the school, Octavius wove a plea for equal treatment and civil rights into his address. Catto was also asked by the Banneker Society to deliver the opening speech for a commemoration of the second anniversary of the Emancipation Proclamation. 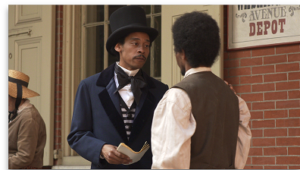 His writing prowess, too, was a valuable asset. In February of 1865 when Pennsylvania became the seventh state to ratify the 13th Amendment abolishing slavery, Catto wrote a letter to members of the Pennsylvania state legislature on behalf of the Equal Rights League demanding not just freedom from bondage but also voting rights for black Americans.

It is thus not surprising that in April, 1865 as the five year Civil War was finally coming to an official close, Octavius V. Catto was the person selected to present a ceremonial battle flag to the 250 members of Philadelphia’s Twenty-fourth U.S. Colored Troops. On that momentous occasion Catto described the black soldiers as having been “trusting to a redeemed country for the full recognition of their manhoods in the future.”

The reality was not as bright as expressed in Catto’s ceremonious words. Even with the abolition of slavery and the ending of the Civil War, many battles lay ahead for Octavius Catto and other mid-19th century civil rights activists.