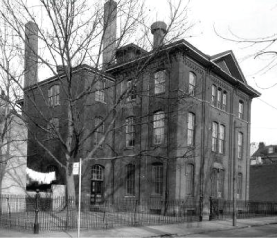 At the age of 15, Octavius Catto became a student at the Institute for Colored Youth (ICY), a Quaker-funded trade school for black students that had transitioned into a teacher training academy just two years before he enrolled. During the time Catto was a pupil, the ICY was located at 716-718 Lombard Street, in the heart of Philadelphia’s black community.

To be admitted into the school, students like Octavius had to pass exams in “Reading, Writing, Spelling, Arithmetic as far as Fractions and in the Geography of the United States.” Additionally, applicants had to be of “good moral character and orderly habits.”

Once admitted, students could expect to take many of the same classes that you take today such as math, English, history and science. They also studied Latin and Greek. The school’s library had over 1,500 books and was open to the public.

Parents paid $10 a year for tuition, books, and paper; the school was free for those who couldn’t afford it.

You think YOU have pressure to do well in school? For students at the ICY, grades were published in the AME Christian Recorder, the most widely read newspaper in the black community. Final exams were conducted in public — imagine having parents, neighbors, and total strangers watching you answer challenging questions!

Here are some sample exam questions:

An inscribed decagon
(Now prove it!)

Well, how did you do? Don’t worry too much if you struggled: about half of the ICY seniors failed each year and had to return for more study.

Not only were the exams tough, the teachers were really strict. One boy’s diary told of a teacher clubbing him with a textbook! What are the rules at your school? Here is a sample of a rule at the ICY: “Every pupil found to use profane or improper language, and who shall persevere therein after reproof, shall be suspended.” In spite of the rigorous curriculum, strict teachers, and rigid rules, there was a long waiting list to get into the school.

People travelled from around the nation to watch the “spectacle” of black teachers teaching black students. Famous African Americans like Frederick Douglass visited the school and spoke to the students. Even Pennsylvania’s governor came to visit the school. He was surprised when one of the students, Catto’s best friend, Jacob White, stood up to pose challenging questions and to share his vision of “a future day, when citizenship in our country will be based on manhood and not on color.” 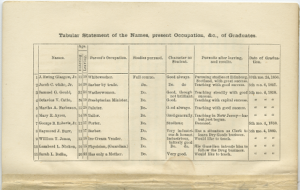 Octavius Catto thrived at the ICY. He was a star pupil and a school leader. After graduating in 1858 as class valedictorian, he spent a year studying and teaching Latin and Greek in Washington, D.C. The next year, however, he was back at the ICY, this time as a teacher of English and math.

The ICY was central to Catto’s life — a life that, though not long, was certainly full. The following sections of this biography will recount his leadership as an advocate, an intellect, an activist, a speaker, and even as a second baseman. As you read about his contributions and accomplishments in multiple realms, keep in mind that from a year after he graduated until the end of his life, he worked consistently as a teacher and later as an administrator at this very special school. 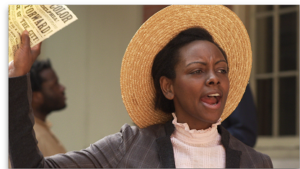 And now, a brief word about the love life of Octavius Valentine Catto: the ICY is also where he met the woman who would become his fiancé, Caroline Le Count. Ahead of its time, the ICY sought to educate girls as fully as boys-though they studied in separate classes. In fact, Le Count was such a strong student that she gave a graduation speech and a poem about her, written by a boy at another school, was printed in the newspaper. Seems that Catto was not her only admirer!