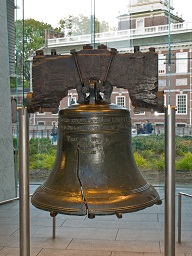 Octavius Catto’s family had grand plans to move to Liberia in Africa, but through a series of events, landed instead in Philadelphia. A letter written by William Catto to an associate in Columbia, South Carolina was intercepted by authorities who thought the contents of the letter could provoke a slave insurrection. Not only was William’s missionary license revoked, but officers were sent to Baltimore to arrest him and bring him back to South Carolina.

Fortunately, William was alerted and in April of 1848, the family managed to cross the Mason-Dixon line (separating slave territory from free) into the relative safety of Pennsylvania mere hours ahead of those sent to capture them. Thus, young Catto soon arrived in Philadelphia, the city that was to be his home for nearly all of the remaining years of his life.

And what a city it was! An urban area second in population only to New York City. A city of industry, of immigrants, and, most importantly for the Catto family, the established center of free black life. As the northern city closest to the Mason-Dixon line within a state that was among the first to abolish slavery (though the much-vaunted Gradual Abolition Act of 1780 required the offspring of enslaved mothers born after the Act’s passage to remain “indentured” through the age of 28), Philadelphia was a magnet for those escaping slavery, a home to the nation’s largest free black population, and a place of opportunity for the small but energetic group of black elites, a social set that the Catto family joined upon their arrival in the city.

By the time the Cattos came to Philadelphia, prominent members of the black community had established numerous literary societies to discuss ideas, reading rooms to encourage literacy among the less well-off, mutual aid societies to care for each other in times of need, and several independent black churches.

Having been renounced by the Presbyterian Church, William Catto chose to be ordained by the African Methodist Episcopal (AME) Church, a denomination started in Philadelphia in 1794 by Richard Allen, the founding pastor of Mother Bethel Church, an institution that still sits at the corner of Sixth and Lombard Streets, the property longest owned by African Americans in the nation. 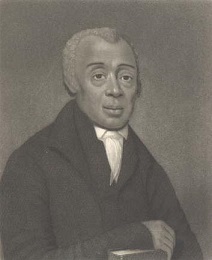 As William Catto embarked on his new position as pastor of the Brick Wesley AME Church, young Octavius went to school. After a brief period at the Vaux School, he was enrolled at the Lombard Street School, the only public elementary school for black students in the city. It was informally known as the “Bird School” for the principal James Bird, a white educator who, unusual for his era, believed that black students held as much academic potential as their white counterparts. Octavius was one of 446 students at the school; he was in class with 226 boys taught only by Mr. Bird and two assistants. (How well do you think your school principal would handle 226 pupils at once?)

Even though Philadelphia was possibly the best place in the country to live as a black person in the 1840s, it was still far from a paradise of freedom and equality. Although the Cattos lived on Kessler Alley near today’s Spring Garden Street, Octavius had to walk a mile and a half each way in order to get to his school near Sixth and Lombard Streets. Horse-pulled omnibuses, the public transportation of the day, were only available to white passengers (though their black servants were permitted to accompany them on board).

While some black families lived in relative comfort, many were destitute. Concentrated in crowded alleys in the vicinity of Lombard and South Streets below Broad Street (yes, an area that is today quite posh), black families struggled to survive by pursuing the few job categories that were available to them: mostly domestic service and manual labor. As Irish immigrants crowded into the city also seeking unskilled work, even these jobs became difficult to get.

Furthermore, blacks were frequently harassed and even beaten on the streets of the city. Octavius Catto likely ran to and from school to stay ahead of white thugs giving him the chase more often than he was able to take a leisurely cross-town stroll.

When Octavius, then also called O.V., was fourteen, his father took a job as a travelling preacher who would serve a circuit of AME churches throughout New Jersey. With the help of a former Congressman, O.V. was enrolled in the Allentown Academy, an all-white, all male private boarding school. 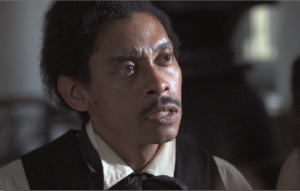 Octavius Catto portrayed by Quinton Alexander
from An Equal Chance

We don’t know much about Octavius’s time in Allentown, but perhaps we can assume he was relieved to learn that after a year living away from friends and family and as the only black student in school, he would be returning to Philadelphia to attend an academically rigorous and co-ed day school. And at this school, he would once again be surrounded by people like him: extremely bright, hard working, intellectually curious . . . and black.